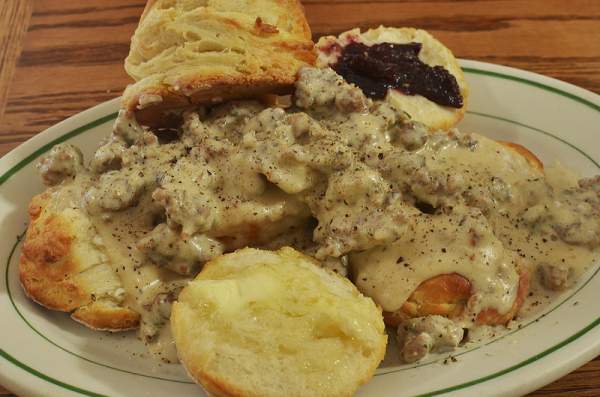 Rumor has it that this gravy according to Joe Dabney, author of the cookbook, Smokehouse Ham, Spoon Bread and Scuppernong Wine, dates back to the Treemont Logging Camp in the Blue Ridge Mountains at about the dawn of the 20th century.

The rumor has it, that after cooking biscuits for the loggers in camp, the cook didn’t have enough flour left to make gravy. So, the cook substituted coarsely ground cornmeal.

The loggers asked what kind of gravy it was, and the cook replied that he’d made it from sawdust. From there on out, the loggers started calling it…sawmill gravy.