This recipe is from a very old Sailor Jerry Rum advertisement. 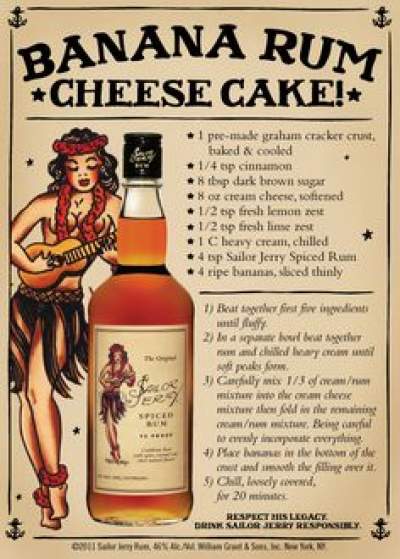