How to Make a Perfect Roux 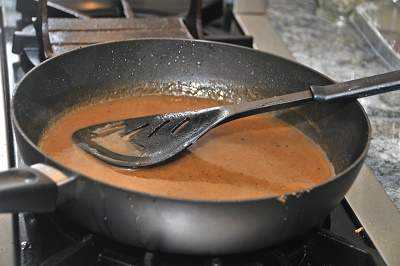 Two of the five French mother sauces, velouté and béchamel, both start with a roux. You can use any kind of cooking oil, butter or bacon fat to make a roux.

As you continue to cook the roux, it will get darker, but its ready to use once you cook the initial rawness out of the flour.

Some roux are cooked longer than this typical white roux. The longer you cook it, the more flavor it has.

Slightly darker, blond roux is darker and thinner in texture than a white roux, while brown roux is more pungent and nutty in flavor. A blond roux cooks for approximately 6 minutes. Brown roux, which has much less thickening power than white roux, is used primarily to thicken classic brown sauces and gravies.

You can make a quick roux with the pan drippings after cooking pork, chicken or steak, and add a bit of stock for an instant pan sauce.