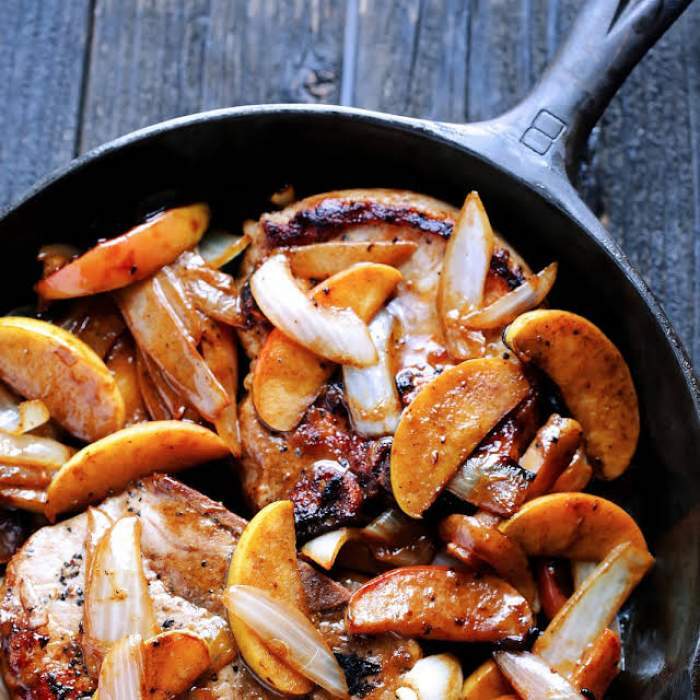 If you want to make these chops a little lighter, you can substitute apple cider or chicken stock for some or all of the cream. On the side, consider mashed potatoes or cooked carrots.

Recipe and photo credit (used with permission): National Pork Board