New England cuisine is an American cuisine which originated in the New England region of the United States, and traces its roots to English cuisine. It is characterized by extensive use of seafood and dairy products, which results from its historical reliance on its seaports and fishing industry, as well as extensive dairy farming in inland regions. Many of New England's earliest Puritan settlers were from eastern England, where baking foods was more common than frying, such as pies, beans, and turkey, as was the tradition elsewhere. Two prominent characteristic foodstuffs native to New England are maple syrup and cranberries. 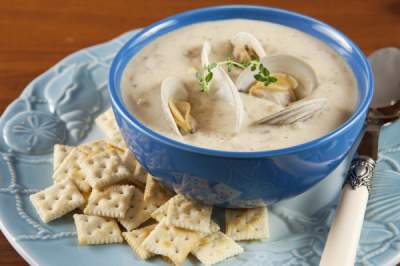