Slicks are rolled-out flat dumplings, not the round kind. They are also called slickers or slippery dumplings. Some people use their pie crust recipe to make Slicks. 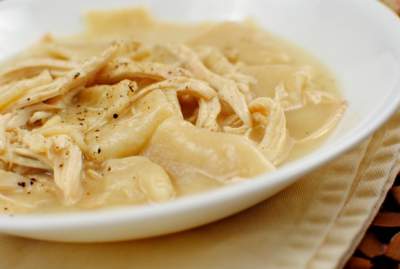