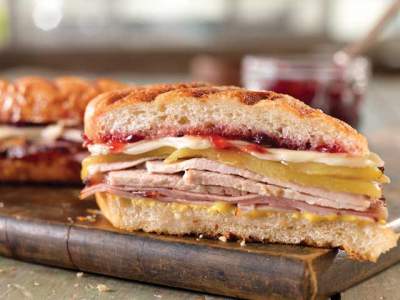 You can also cook the sandwiches on a stovetop griddle or grill—weigh them down with foil-wrapped bricks or other heavy objects, like a plate of canned goods. If you want to make less than 8 sandwiches, use less of everything except for the roast ingredients—then save the leftover roast for another use. And if you like things extra-spicy, try substituting sliced pickled jalapenos for the chiles.