This is one of my most prized recipes. Capirotada is normally served during Lent and Easter, but I make it for Christmas also. While at the airline, I ate lunch at a little Mexican hole-in-the-wall restaurant, Rosita's, at 24th Street and Buckeye in Phoenix. Sadly, a new freeway eventually took this restaurant out. This is the recipe that they gave me, totally written out in Spanish (there wasn't a soul who worked there who spoke English). They served this all during Lent every year, and I had it every workday that I was in town. Such great memories! 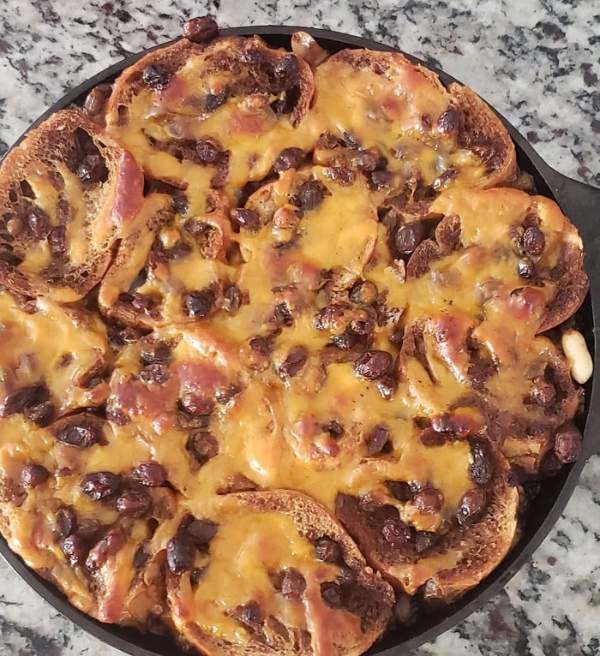 * French bread may be used instead.

Buttering the tops of the bolillo rolls will give the finished product a butter-rum flavor.

Rosita's made this most of the time with figs, but at other times used raisins. The restaurant did not soak the figs or raisins in rum, but suggested that for home use it would be great, and it is!

This recipe can be easily doubled, but use a 9 x 13-inch baking dish.