It All Started With The Tortilla:
Discovering Authentic Mexican Cuisine At Its Best 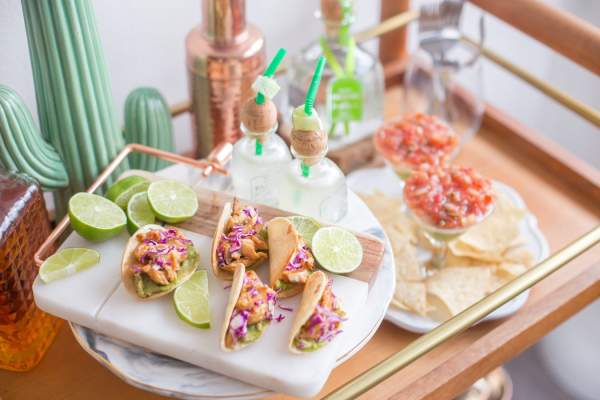 In 2017, 233.28 million Americans were eating Mexican food or using Mexican ingredients in their kitchens as depicted by a statistic published by U.S. Census data and Simmons National Consumer Survey (NHCS). Interestingly, the trend has only grown. It is worthwhile to note that with a day dedicated to its gastronomy and UNESCO declaring its cuisine an Intangible Cultural Heritage of Humanity, Mexico must have a special food culture that makes it so popular. Interestingly, the more famous Mexican dishes use one common ingredient, tortilla - a versatile flatbread usually made from corn and sometimes from wheat. In other words, tacos, enchiladas, nachos, chimichangas, burritos, quesadillas - you name it, are all famous Mexican delicacies born out of tortillas.

Eating out in Mexico is loads of fun, especially when you are a taco fan. Tacos are sold in every street corner of the country. However, they hardly resemble Taco Bells’ hard-shelled taco that comes with shredded lettuce. In Mexico, tacos are soft corn tortillas with meat and vegetable stuffing served with cilantro, onion, beans, and salsa. Taco stands or ‘taquerias’ in Mexico prepare a steak taco by first cooking and chopping steaks and then lightly frying corn tortillas on the same griddle as the steak to absorb flavors. Finally, they serve the warm tacos filled with onion, cilantro and chopped steak and a spicy salsa drizzle on top.

Burritos or burritas, as they are often called in some parts of Mexico are popular roadside foods hailing from Ciudad Juárez, a northern Mexican city. Authentic burritos are small and thin flour tortillas containing a simple filling of only one or two ingredients like meat, fish, rice, asadero cheese, beans, chile rajas or chile relleno, beans or potato and come in several variations. A typical beef burrito is made by cooking ground beef with diced onions and seasoning it with garlic, oregano, cumin, salt, and pepper. Beans are boiled and fried with onions and coarsely pureed. Tortillas are warmed and topped with ground meat, beans and other toppings of choice, folded to a wrap and served with lettuce, tomato, onion and asadero cheese.

Enchiladas are corn tortilla rolls filled with meat, vegetables, cheese, potato, seafood or beans or a combination of these ingredients. They are served with a topping of fiery salsa, sour cream, lettuce, olives, cheese, cilantro, and onions. First mentioned in a 1931 book called “El Cocinero Mexicano,” today these Mexican delicacies are found in several variations like enmoladas served with mole sauce and enchiladas poblanas filled with poblano peppers and chicken and served with Oaxaca cheese. One recipe which is far more common is red enchilada. For it, a red sauce is first prepared by roasting and pureeing Ancho and Guajillo peppers along with a seasoning of garlic and oregano. Next, corn tortillas are fried, dipped in the sauce and refried and finally, rolled with shredded meat and vegetables before being served with cream and white cheese.

The real joy of discovering Mexican food lies in the realization that a basic flatbread and a simple combination of fresh ingredients are potent enough to create a rich assortment of delicacies capable enough to take the world food scene by storm.