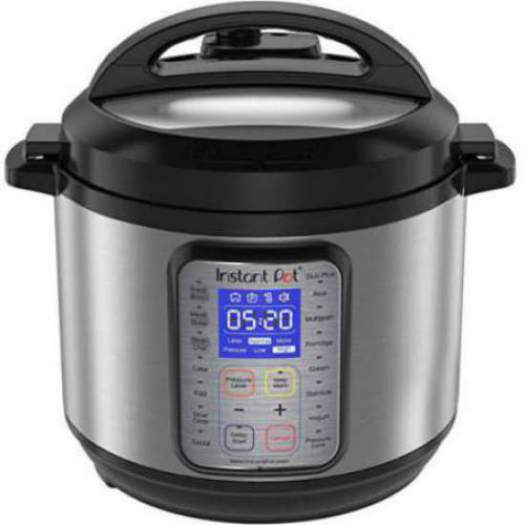 The official definition of an Instant Pot is a multi-function electric pressure cooker.

NR Natural Release - Leave valve closed to allow pressure to drop on its own.

10 min NPR Let pressure drop on its own for 10 minutes, then open valve to release remaining steam.

LP Low Pressure This is the opposite of the high pressure and is associated with cooking rice in the Instant Pot. The older Instant Pot models don’t have a low pressure option, though the Duo version comes with a low pressure setting.

SSB Stainless Steel Bowl. This is the pot that fits directly into the Instant Pot that you use for cooking with. It is one big pot and then you always cook inside of it.

PIP Pot In Pot. Food is put in pan/bowl before putting in Instant Pot.

Trivet The metal rack that goes in the bottom of your pot to keep food out of the liquid.

Pin Float Valve Silver or Red (8-quart) pin in lid that pops up when the pot pressurizes.

Handle/Vent/Knob Steam Release. Handle on lid that you turn to either Sealing or Venting.

Shield Anti-Block Shield Metal cover over the steam release valve (inside the lid).