Apples flavor this turkey from the chopped apple stuffing to the apple juice and jelly glaze. 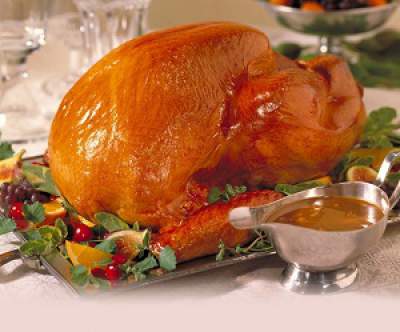 Recipe and photo used with permission from: Butterball, LLC