Turducken (a Chicken in a Duck in a Turkey) 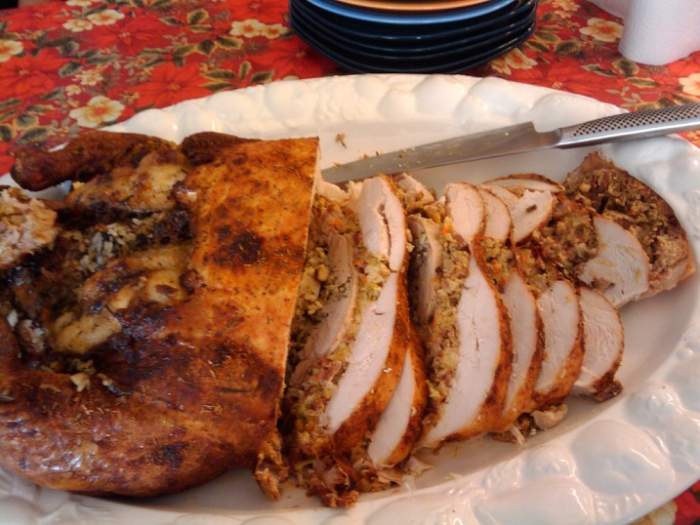 Credit for the creation of the turducken is uncertain, though it is generally agreed to have been popularized by Cajun chef Paul Prudhomme. The most common claimant is Hebert's Specialty Meats in Maurice, Louisiana, whose owners Junior and Sammy Hebert say they created it in 1985 when a local man brought his own birds to their shop and asked the brothers to create the medley.

The Turducken will need to bake for 12 or 13 hours at 190 degrees F, so begin preparation well in advance.