Ceviche is the seafood dish which originated in Peru. Typically it is made from fresh raw fish cured in citrus juices, such as lemon or lime, and spiced with other seasonings including chopped onions, salt and cilantro. Because the dish is not cooked with heat, it must be prepared and consumed fresh to minimize the risk of food poisoning. Ceviche is usually accompanied by side dishes that complement its flavors, such as sweet potato, lettuce, corn or avocado. This dish became popular in the United States in the 1980s. 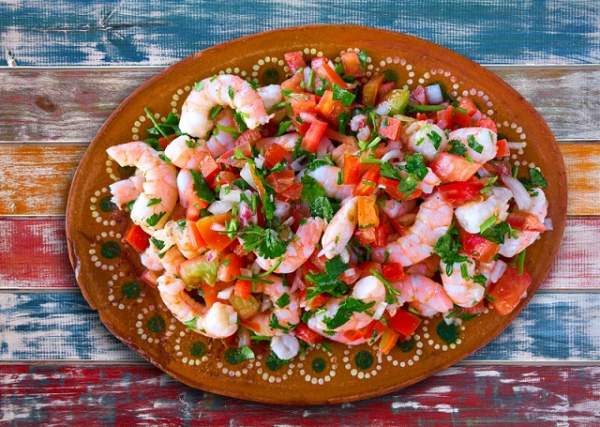